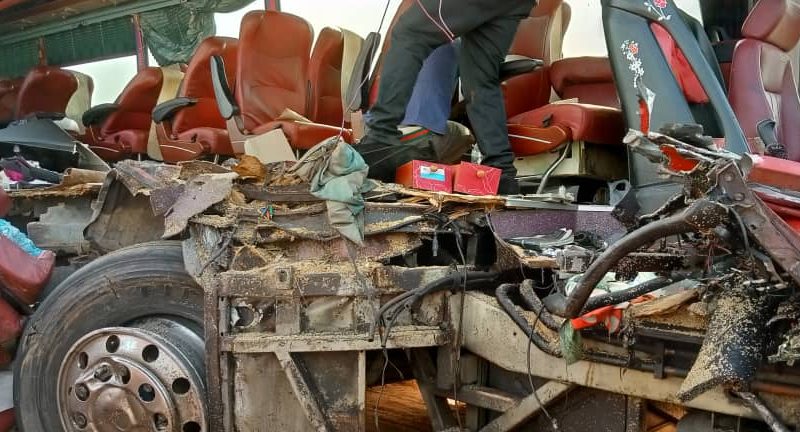 An early morning accident on the Techiman-Tuobodom road in the Bono East Region on Wednesday has claimed 6 lives.

The accident happened around 4a.m. involved a truck and a bus from Bolgatanga and driving in the opposition direction. The two vehicles collided in front of the Offices of the Techiman North District Assembly.

DCFO George Anim Frimpong, Bono East Regional Fire Commander spoke to First News, “It happened 4:20am Fire Service was called at 4:23, the person came with a vehicle we got there at 4:33. When we got there, we saw that there were two cars involved one with Burkinabe truck and the other one Ghanaian which a Grandbird. There were 39 casualties, 22 males and 17 females. Six persons were found dead on arrival.”

Information available to First News has it that 39 injured persons have been rushed for treatment at the Holy Family Hospital at Techiman.

The police are also at the accident scene to control traffic which has built up because of the incident. 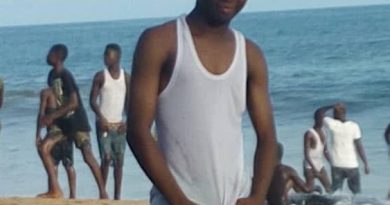 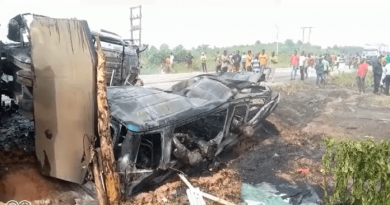 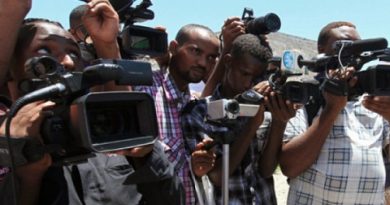