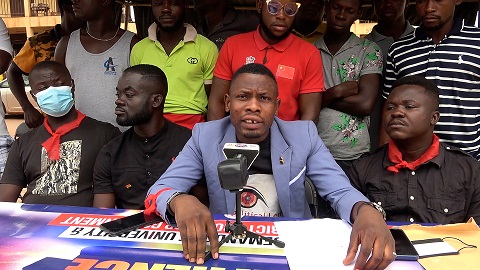 A group calling itself Mim Development Foundation in the Asunafo North District of the Ahafo Region has reiterated the need for the government to complete all abandoned projects in the area so that the inhabitants will benefit from its usage.

Residents of Mim are worried about the many stalled government projects in the area. According to them stalled projects are becoming a norm in the area.

They are urging the government to take a look at the stalled projects and complete them so they will serve the purpose they were meant for.

Addressing a press Conference, the Mim Development Foundation called on the government to complete all abandoned projects in the area.

The Spokesperson of the group, Peter Amole called on the government to complete all the stalled projects.

“We are calling on the government for the abandoned Mim Market, the Astro turf which will have helped develop football talents in the area. Apart from this our community centre should also be completed for the community.”

The group also called on President Akufo-Addo to consider the area when he wants to create new districts in the country.

” Looking at the population in the area we deserve to get a district that we believe will bring more developments into the area. We are also expecting President Akufo-Addo to honour us with the university he promised.” Amole noted.

Some of the residents of Mim also added their voices to the Mim Development Foundation on the need for all stalled projects in the area to be completed so that the residents will benefit from it.

Ama Asibuo, Leader of Tomato Sellers in Mim said, “I am the leader of the tomato sellers here. They told us the state of the market is not good so they want to build a new one for us. We were sent to a place that belongs to Protoa. They told us they will finish the project in six months but it is three years now and they have not completed the project. There is also congestion at where we were sent to. We are appealing to the government to come and complete the market for us.”

Bawa Mohammed, Resident of Mim noted that, “There are are many youths here who want to pursue football as their career there are also many talents here. Unfortunately there is no place for them to train. The Regional Minister and government promised us that within three months they will construct an astro turf for us. They cleared the place and dug a trench but it has been abandoned for two years. When we organize our funerals there people fall into the trench they have dug. We are appealing to the government to construct the astro turf for us.”

Isaac Opoku, Resident of Mim said, “Mim is big in the area but roads are our major problem. Residents at Number 1 and 2 have tarred roads. However when it rains residents at Number 3,Domeabra and Zongo are unable to come to town. When elections are approaching they will put the road in a good shape after the elections they do not do anything about it. We appeal to the MCE and the Minister to do something about our roads for us.”

Efforts to get authorities at the Asunafo North District Assembly to speak on the issue were unsuccessful. 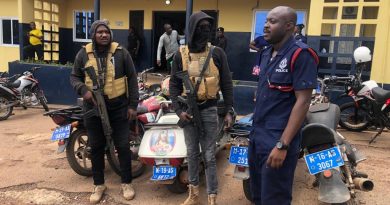 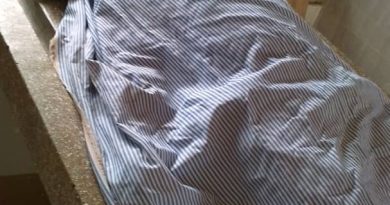 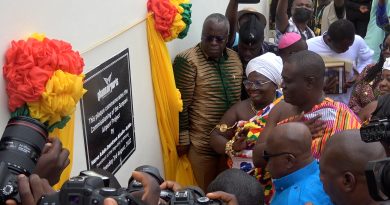