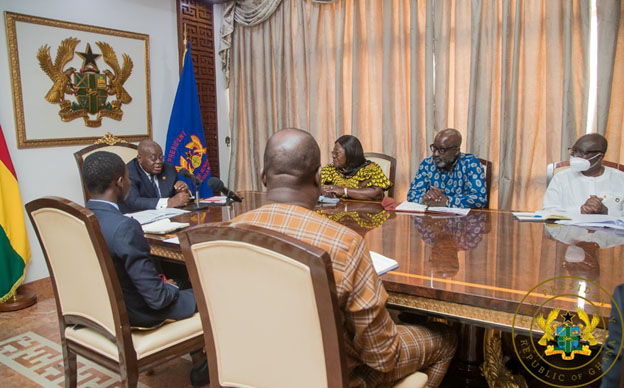 MEMBERS OF the Mobile Money Agents Association of Ghana (MMAG) have applauded President Akufo-Addo and his New Patriotic Party (NPP) administration for bracing the odds to pass the Electronic Transfer Levy (E-Levy) into law in spite of the protests it faced at the introductory stages.

Speaking at a meeting with President Akufo-Addo at the Jubilee House Tuesday, the MoMo agents said it is important that as a nation, “drastic measures are taken at drastic times when the need be.”

General Secretary of the association, Evans Otumfuor, assured the government of their commitment to help ensure that the E-Levy’s implementation is successful.

Tax Payment A Must

“Your Excellency, let it be on record that our organisation believes in the payment of taxes as a major tool to drive the needed development and progress, and would not do anything that frustrates the success of the E-Levy,” the General Secretary stated, adding that when they learnt of government’s plan to introduce the E-Levy, “as an association we have raised a number of concerns but as we speak now, yesterday we were in a meeting with the Ministry of Finance, Ghana Revenue Authority and other relevant stakeholders, and most of our concerns regarding the electronic transaction levy (E-Levy) have been addressed.”

The levy, Evans Otumfuor indicated, has now been passed into law and all citizens must obey. “So we are here as allies and not opposing forces.”

Commending the government for taking a bold step in getting revenue for the development of the country, the association, he stated, is happy that “the government has bold steps to reduce the Electronic Transfer Levy from the initial 1.75% to 1.5% and a tall list of exemptions provided by the levy.”

“Your Excellency, we appeal to you and the Minister of Finance to expedite action to look at the challenges that the levy has brought to us as agents in line with doing our business such as deductions that are made at the agent’s account in an attempt to push funds from their agent’s accounts to their bank accounts for purposes of withdrawals and other agents’ related activities,” he stated.

The General Secretary also touched on the low level of education on the E-Levy, and pledged that the association is ready to help in educating Ghanaians on the levy.

“We have identified, Your Excellency, the feedback and signals picked after the implementation of the E-Levy, which really has revealed that communication on the E-Levy has been extremely low. Your Excellency, it is in the best interest of the association to help drive education and the needed sensitisation. We are ready to mount any responsibility that government will be willing to give to the association to ensure that our businesses are well protected, and then again we will encourage the consumer to increase their confidence in the usage of the Mobile Money platform,” he disclosed.

He also touched on the challenges the association is facing, which includes financial fraud, armed robbery, high cost of operations, and difficulties in accessing funds.

The association also implored the President to include its members on boards and institutions whose policies and programmes directly or indirectly affect their businesses.

“In concluding, the association is proud of you for these wonderful initiatives, and that MMAG is ready to partner government to bring more of such refreshing policies since the Mobile Money business is one of the areas government can invest in to create more employment for the youth,” the General Secretary stated.

On his part, President Akufo-Addo thanked the association for agreeing to partner with government in ensuring that the E-Levy becomes a success.

“I am also very encouraged and grateful by this offer of partnership to make sure this controversial tax is successfully administered,” the President said.

He also expressed his happiness about the fact that stakeholders in the industry voice out their concerns as and when the need arises.

“I think it is appropriate that stakeholders like you voice out your concerns as you did, and that these concerns are taken into account by government so that when the law is finally shaped like it has been, it’s one that’s meaningful for the state and it’s equally meaningful for the private sector operatives who are in this area,” the President emphasised. 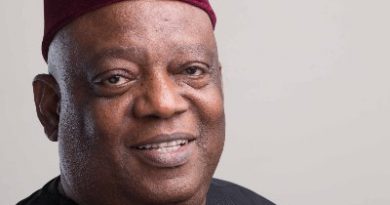 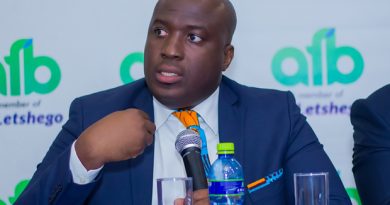 Qwikloan To Cease Operations If E-Levy Is Implemented – GM Warns 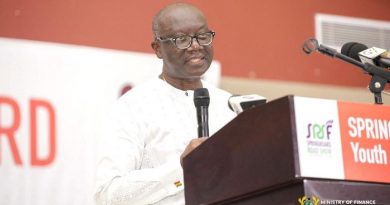