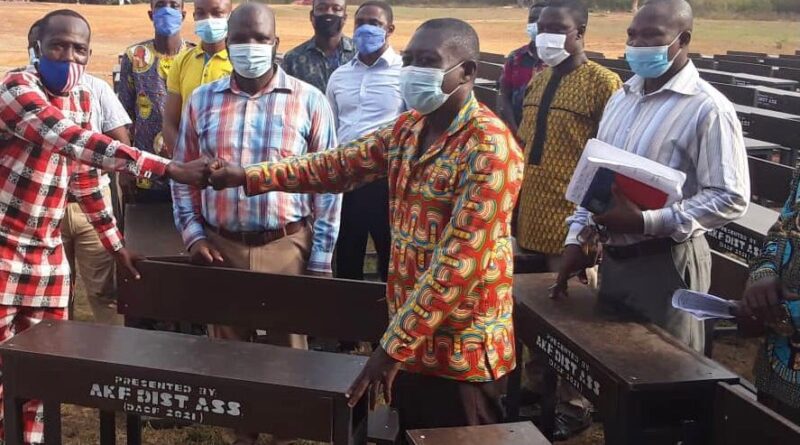 The District Chief Executive (DCE) of Akrofuom District Assembly in the Ashanti Region, Jonas Maurice Woode, has presented 200 metallic dual desks to schools in the district.

The donation is to improve   teaching and learning in schools in the District by reducing congestion in the various classrooms.

Presenting the desks to the District Education Officials, Jonas Maurice Woode the DCE, indicated that the provision of the dual desks has become critical after an observation he made during a recent tour he embarked on with his team to monitor at first-hand conditions of District Assembly Basic schools throughout the district.

“The desks will ease overcrowding and congestion in our classrooms to enhance effective teaching and learning especially during this critical period of COVID-19 pandemic where learners are to maintain social distancing in class.”

He advised school authorities to activate the culture of maintenance to ensure they last.

He intimated that additional desks are being procured for the Education Directorate to furnish the newly constructed schools and others who may not be served now. He said they are to be ready in a fortnight.

The Akrofuom District Director of Education, George Adu Abrokwah, who received the desks and thanked the DCE and the assembly for the kind gesture.

He promised that the directorate shall put them into good use to enhance academic performance in the district.

The team took advantage to monitor how teachers and learners are adhering to the COVID-19 Protocols in schools in the district.

Mr. Jonas Maurice Woode used the period to sensitize the school children on the new wave of the Covid-19, how dangerous it is and the need for them to strictly adhere to all the protocols outlined by His Excellency the President of the Republic, Nana Addo Dankwa Akufo-Addo.

He also presented face masks, pencils, sharpeners, books, school uniforms and bags to the new entrants and some needy children respectively and also encouraged them to take their studies seriously. 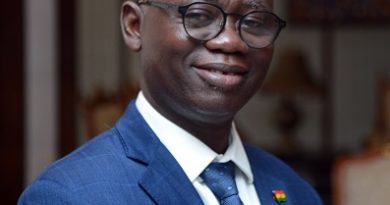 29,465 Teachers To Demonstrate Over Delayed Promotion 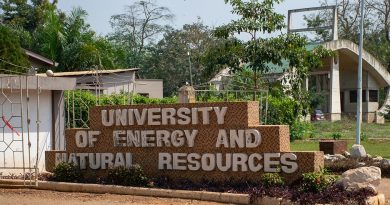 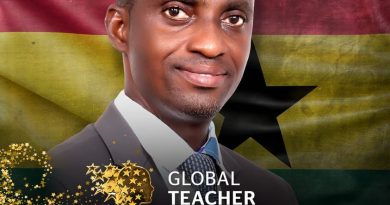