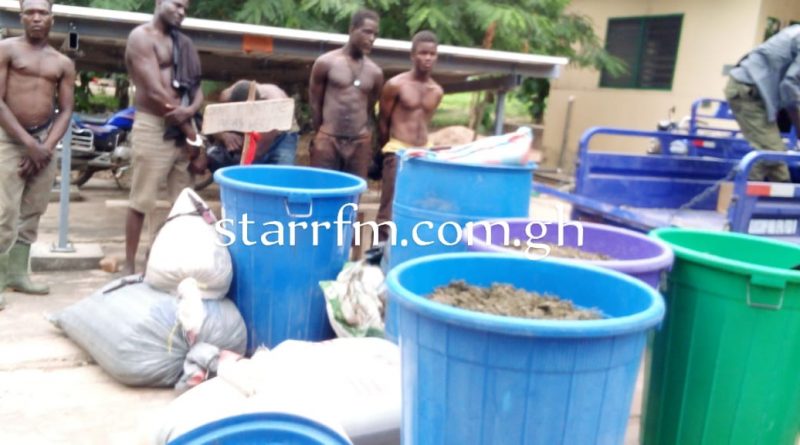 The Afram Plains North District office of the Forestry Commission of Ghana has arrested five suspects including a Senior High School teacher for farming cannabis in a forest reserve.

Michael Anakpo, a teacher at Donkorkrom Agric Senior High School said to be the gang leader and his accomplices were arrested whilst in the about  80 hectares cannabis farm inside the forest.

The other suspects are Blewu Nomenyo, Korsi Mawuena, Charles Kale, and Emmanuel Kojo.

More than ten other suspects met on the cannabis farm however managed to escape after attempted attack on the forestry officials.

The suspects had also nursed many seedlings of cannabis to be planted.

The team also counted about 13 tents in the farm that accommodated them.

They had also erected a warning sign “Don’t attempt.”

Osofoba Enock, local Journalist  told Nkawkaw based Agoo FM Saturday August 13,2022 that, “the Forestry Commission  had  information that, some suspects had farm about 80 hectares of Cannabis farm in Obour Nkrumah forest reserve . So the Forestry Commission mobilized men to conduct operation but when they went there the suspects attempted to attack the Forestry officials forcing Mr. Amoateng who was the leader of the operation to fire warning shots with his side arm.

“But the suspects resisted and tried to butcher the forestry officials with machetes but some of the forest guards who had laid ambush in parts of the forest emerged and pursued to suspects which five were arrested.”

He continued” “Michael Anakpo who is the gang leader is a teacher at Donkorkrom Agriculture SHS .The suspects have been handed over to the police. The operation team retrieved 3 big sacks,and 6 mini sacks  of the harvested Cannabis, 5 barrels containers all filled with harvested cannabis, cutlasses, and many others.”

The Forestry Commission is preparing to invade the cannabis farm for destruction.

Ghana’s new Narcotics Control Commission Act, 2020 (Act 1019) ,passed by Parliament on March 20, 2020 and assented to by the President on May 11, 2020, seeks to treat drug use and dependency as a public health issue rather than focusing on law enforcement, incarceration, punishment and repression. The new law has converted prison term for drug possession for personal use into a fine of between 200 to 500 penalty units equivalent to Ghc2,400 to Ghc 6000 respectively.

Section 43 of Act 1019 of the Narcotic Control Commission Act, 2022 (Act 1019) stipulates that “the Minister on the recommendation of the Commission, may grant a licence for the cultivation of cannabis popularly referred to as “wee” in Ghana, which is not more than 0.3 % THC content on a dry weight basis for industrial purposes for obtaining fibre or seed for medicinal purposes.”

However, in a 4-3 majority decision Wednesday (July 28, 2022), a seven-member panel of the apex court held this section violates Article 106 of the 1992 Constitution, which details the processes a bill must go through before it is passed into law by Parliament, and was therefore null and void. 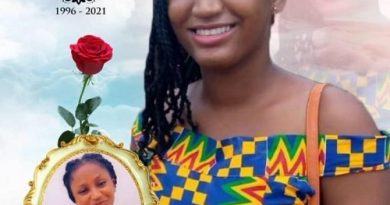 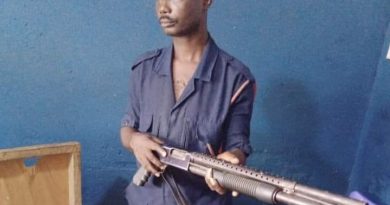 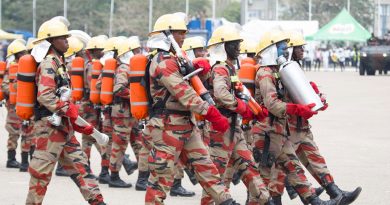