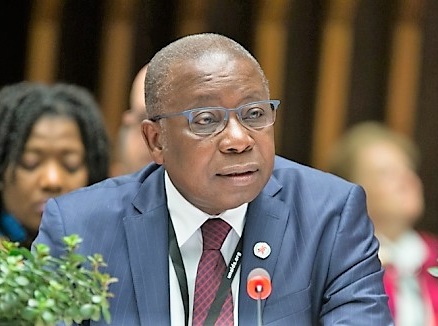 HEALTH
August 8, 2021 adminfirstnews 0 Comments
The Minority, National Democratic Congress (NDC) Caucus, is calling on President Nana Addo Dankwa Akufo-Addo to sanction, possibly dismiss, Health Minister Kwaku Agyeman Manu for singular decisions and breaching the Ghanaian Constitution in the Sputnik vaccine deal.
“I must say that the Minister should be sanctioned,” Minority Chief Whip Alhaji Mohammed- Mubarak Muntaka said, at a hurriedly organised press conference at the Parliament House, in Accra, on Friday night.
Alhaji Muntaka added: “He (Health Minister) must be removed by the President. He is not fit to occupy the office of a Minister of State; and must, therefore, be removed from office henceforth, failing, which this House must pass a vote of censure on the Minister.”
The press conference was held moments after the bipartisan Adhoc Committee of Parliament probing the contract agreements for the purchase and supply of Sputnik-V vaccines had presented its report to the plenary, before the House adjourned sine die to resume in October.
The Minister admitted at the probe that he did not seek Cabinet and Parliamentary approval before engaging the private individual for the procurement of Sputnik V vaccines.
Furthermore, it emerged at the hearing that the vaccines were overpriced, and the supplier terminated the contract after the bipartisan probe had begun.
The Minority Caucus accused the Minister of Health for failing to uphold the Constitution and the laws of Ghana by not seeking parliamentary approval on the deal.
The Minority Chief Whip said: “It is beyond any reasonable doubt the Minister betrayed his oath of office and for that matter, and he also failed to uphold the Constitution and the laws of our country.”
The House on Friday, 9th July, 2021, constituted a nine-member Adhoc Committee, chaired by Deputy Majority Leader Alexander Afenyo-Markin, with Vice Kwabena Mintak Akandoh, also Ranking Member of the Health Committee, to investigate the procurement contracts between the Government of Ghana and Sheikh Ahmed Dalmook Al Maktoum and one other for the supply of Sputnik-V COVID-19 vaccines.
The Committee on Friday, 6th August, 2021, presented its report to the House.
In the report, the Committee found out that the Ministry of Health did not comply with the requirements of Article 181(5) of the Constitution in respect of its agreement with an intermediary, Messrs Al Maktoum.
It also determined that the agreements were entered into without prior approval by the Public Procurement Authority under Sections 40 and 41 of Act 663.
“Indeed, at the time of completing its work, PPA was yet to do the ratification,” the report stated in part.
The Health Minister had indicated at the probe that no money was paid to the company despite an initial 20,000 supplied to Ghana, but the Committee stated in its report that 50 per cent of the total contract sum was actually paid.
The committee urged the Minister for Finance to take steps to recover the money due to the Republic in respect of the amount of US$2,850,000.00 (Cedi equivalent of GH¢16,331,640.00) being the cost of the Sputnik-V vaccines that were proposed to be procured.
“The committee, by consensus, recommends to the House to adopt this report.”
Members of the Committee were Dr Nana Ayew Afriyie, Chairman of the Health Committee; Mr Bernard Ahiafor, MP for Akatsi South; Mr Kwame Anyimadu Antwi, MP for Asante-Akim Central, Mr Ernest Norgbey, MP for Ashaiman; Mrs Elizabeth Ofosu-Agyare, MP for Techiman North; Ms Sheila Bartels, MP for Ablekuma North; and Mr Farouk Aliu Mahama, MP for Yendi Constituency.
The terms of reference of the Committee was to determine whether or not the transaction for the procurement and supply of the Sputnik V vaccine between the Government of Ghana (GOG) represented by the Ministry of Health and Al Maktoum S.L Group qualifies as international Business or Economic transaction under Article 181(5) of the Constitution, and if so, whether it was subjected to prior approval of Parliament.
Also, the Committee is to determine the procurement process that was followed and the propriety of same and the prices of the vaccines as well as determine whether the services of the middleman were procured in the transaction and if so, having propriety regard to the relevant laws.
Additionally, the Committee is to ascertain the cost of the vaccines and the justification of the cost vaccines, and whether the transaction guaranteed value for money for Ghana.
Moreover, the Committee is to determine whether or not any consideration was passed from the GOG to the middleman, suppliers, or any other person.
Furthermore, for the Committee to determine or not the Ministry of Health misled Parliament during the consideration of the transaction for the procurement of the vaccine.
The Committee also to inquire into any other matters connected to the purchase and supply of the Sputnik V vaccine in the agreement between the GOG and the private office of Sheikh Ahmed Dalmook Al Maktoum and S.L Global.
The Committee had was given three weeks to report to the House.
GNA 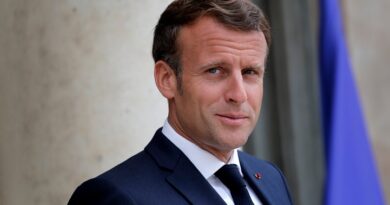 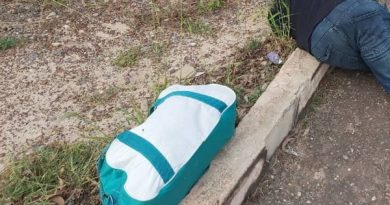 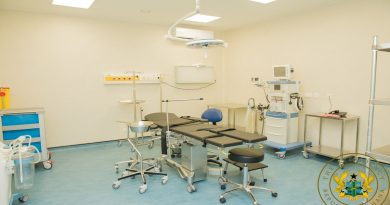